Why Women are Better Investors

In a survey conducted by Fidelity, fewer than 9% of respondents said that they thought that women were better investors than men. If that’s the predominant view, it’s not surprising that women are underrepresented in the financial industry. Yet despite that view, studies by Cal-Berkeley in the 1990s and the Warwick Business School twenty years later found that women outperform men by 0.94%-1.2% per year.

Does that mean that women are better investors than men? It certainly looks that way. The reason makes logical sense as well. In general, a woman’s approach versus a man’s approach is the difference between humbleness versus overconfidence. The humble investor is informed but realizes that they only have limited control over chance outcomes. The overconfident investor is more impulsive and believes that they are smarter than the average investor. You can see the problem with the approach of a majority of investors believing that they’re smarter than the majority of investors.

There are four main reasons why women tend to be better investors than men.

Studies show that women spend more time researching their investment choices, and they are not afraid to ask questions. They seek out information before investing to understand what they’re investing in and why they would want to invest in it. While men may be more confident investors, that tends to lead to overconfidence and a rejection of advice that runs counter to the current mindset. There’s usually someone out there who’s more of an expert on a subject than you are. Women are willing to set aside their ego and learn from others.

As an example, Betterment is the largest Robo-advisor, and the majority of its customers follow its asset allocation advice. Among those clients who deviated from the advice, men were twice as likely to move into a 100% allocation in stocks than women. Even though men purported to want advice from Betterment, if it didn’t align with what they already wanted to do, they were more likely to reject it. Women trusted the experts—after all, that’s why they went to them.

Women tend to have a more balanced investing approach, aiming for a more diversified asset allocation while men will often have portfolios that tilt heavily toward stocks versus bonds, are overweight in certain sectors, or have a lot of exposure in individual stocks. Men are more likely to swing for the fences, with the idea that the next big thing is just around the corner (it’s the same reason men are more likely to be addicted to gambling than women).

Women’s balanced, risk-averse strategy helps to preserve the portfolio when the market gets volatile, particularly when the market sells off. By not putting all of their eggs in one basket, women are able to weather the storms that invariably arise in the investment world. Men may take more risk for the prospect of the upside reward but often suffer more on the downside because of the volatility of their investments.

Not Trying to Time the Market

Women are less impulsive when it comes to the stock market, allowing their strategy to play out instead of buying at the top and selling at the bottom. Women are much more likely to employ a strategy like dollar-cost averaging, where a fixed amount is invested at a regular interval. By not trying to time the market, women tend to buy more shares for a lower average price than men, resulting in better investment returns.

Setting Goals—and Sticking to Them

Women tend to invest with specific goals in mind. Whether investing for future security, a child’s education, or a future home, women focus on achieving those goals, not just trying to outperform a benchmark. Men are more likely to see the benchmark as the goal, losing sight of why it is they’re investing. Because their focus is on the wrong thing, they’re more likely to make changes at the wrong time.

Because they are more patient investors, women develop a strategy and stick to it, buying and holding for the long term rather than buying and selling in response to market moves. This “steady as you go” approach benefits them in the long-term, because they remain focused on the ultimate goal, not distracted by short-term noise.

While there may be no one “silver bullet” as to why women tend to be better investors than men, their overall approach does tend to lead to better results. If more people would follow their lead, you might see more investors setting and meeting their financial goals instead of getting distracted by the latest worry or fad. 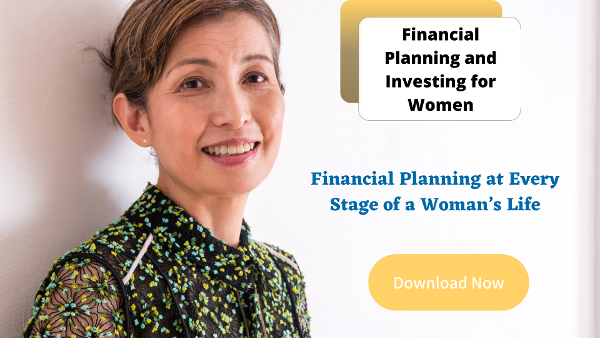 Read Next: FINANCIAL PLANNING IN THE EARLY STAGES OF A WOMAN’S LIFE